South Sudan: back to school in a brick building

"All the community has participated in the inauguration of the school. They have spent weeks cleaning the land and preparing dances and songs" says Alistair Davies, Entreculturas expatriate in South Sudan.
Thanks to the support of Inditex, the Jesuit Refugee Service, main partner of Entreculturas in Africa, has been able to build this school which will contribute to improve the quality education of the children Lobone. 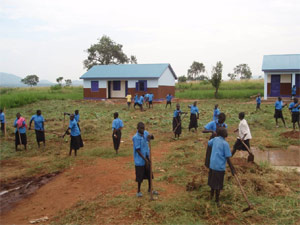 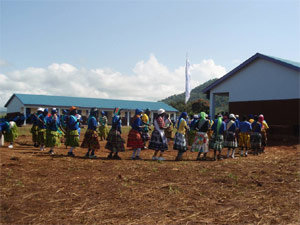 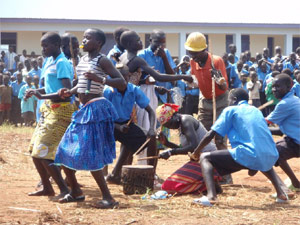 Pamaikong Primary School is the first permanent Primary School in the area. The rest are made of straw, mud and bamboo. The JRS has led the school construction, but the Government will assume the management. It will therefore become a public school.

Several delegates of the Sudanese government were present at the inauguration and representatives of the Education Ministry for South Sudan, in addition to the JRS Director for East Africa and representing Entreculturas, Alistair Davies. 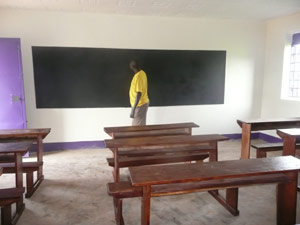 "The work carried out by the JRS in Lobone is incredible. The Government and the community have a great respect and acknowledgement for them. So much that at the entrance of Sudan, when crossing the border from Uganda, there is a signpost saying `Welcome to Sudan, the home of the JRS supported education program´, [bienvenido a Sudán, el hogar del programa educativo del JRS]", says Isabel Menchero, Entreculturas project technician for Africa. 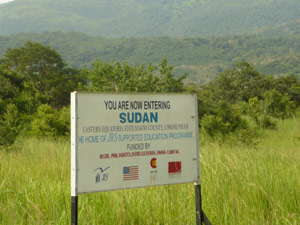 Sudan: the levels of school attendance are tripled

Last July, UNICEF announced that the levels of school enrolment in Sudan have tripled since the Peace Agreement in 2005. According to the authors of the report, Socio-Economic and Cultural Barriers to Schooling in Southern Sudan (2008), only 20% of the children attended school during the war and only 1% of the girls finished primary school. After the initiative of "Going to School" in 2006, the enrolment went from 343.000 in times of war to more than 1, 3 million by the end of 2007. The data of the report were collected between August and October 2008.

However, the rates for girls are still very much below the boys. This was believed to be due to socio cultural values, rules and practices. In some communities, boys abandoned school to attend the cattle or go fishing whilst in some schools, the girls suffered sexual harassment, pregnancies and violence with other students.

The region has the lowest school enrolment level in the world and is in the last wagon regarding the compliance of the Millennium Development Goals. The schools are still lacking adequate sanitary facilities and other services in addition to well trained teachers.

The JRS contribution, small but significant

In 2008, the JRS offered education services to more than 40.000 students, teachers and parents in 78 primary schools and 16 secondary schools in three border provinces in Southern Sudan. The teams distributed, among other things, education materials, supported teacher and parents associations and took on teacher training. 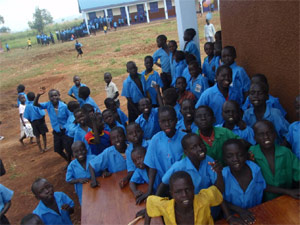 In addition, this year, the JRS offered a two week intensive course for 150 secondary students in order to prepare them for the exams of neighbouring Uganda. Six teachers, selected by their qualifications, experience and reputation, offered intensive lessons in English, Maths, Physics, Chemistry, Biology and Geography. The course was mainly for the schools supported by the JRS, although students from other schools were admitted.